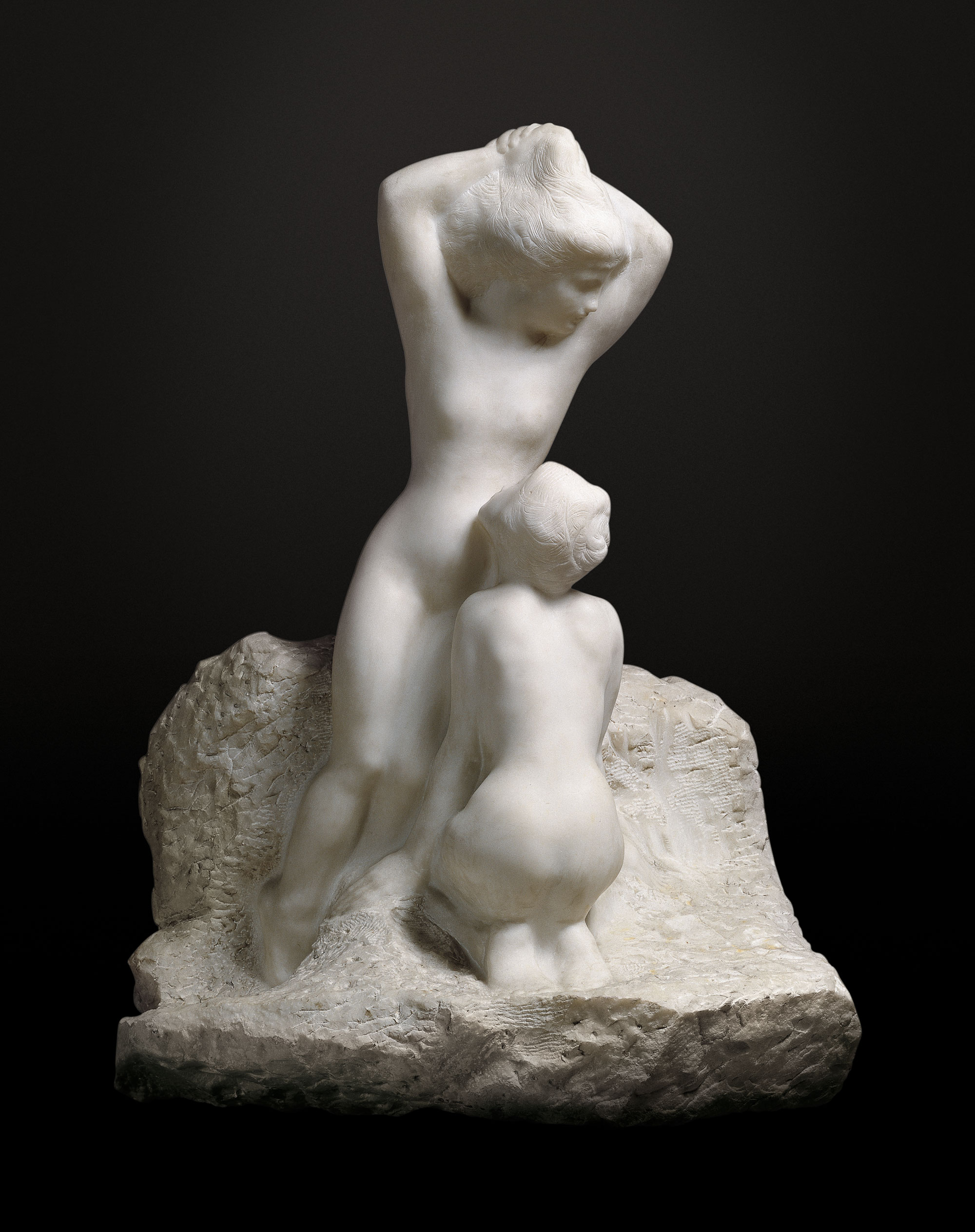 The Birth of Venus consists of an assemblage of two previously existing figures. The Sphinx, dating from the 1880s, was used by Rodin on several occasions. In this case the figures kneels, inclined slightly backwards, before a female figure whose torso can be recognised as one which exists in several versions in the Musée Rodin. The torso itself is completed by the head and arms of The Kneeling Man, which was also used in the group Fugit Amor.

The change of sex did not prevent Rodin from using it in this manner, although the male appearance of Venus is perhaps surprising. As with the Christ and the Magdalen, the execution of the marble was underway before it was commissioned by Thyssen. In January 1909 it was completed and it was probably at this moment that Bulloz took the remarkable photograph that shows a series of small “abatis” (feet and legs) positioned in front of the group that is seen from the back and that is separated by a cloth behind which a male head appears-possibly that of a studio assistant (Musée Rodin, Ph. 2509). The marble was thus in Rodin’s studio, together with the second version of Christ and Magdalen, and was noticed as such by Jean Morgan, who described it in Le Gaulois of 21 January 1909, emphasising the importance that Rodin gave to the light: “The study of these two women, one of whom is on her knees and still trapped by the raw material, while the second one lifts her arms above her head in an movement of infinite grace, is used wonderfully by the master in his demonstration […].

“[…] The sculpture, you see, is not made to be hung on a wall like a bas-relief; one must be able to turn around it and observe all of its angles; a sculpture must be flooded with light and participate in the life that surrounds it. I know that this is a dangerous test: only the works that resist are truly beautiful. Take a Tanagra, it will remain great wherever you install it.” The Birth of Venus is the only one of the marbles in the Thyssen Collection of which the Musée Rodin does not possess the mould.