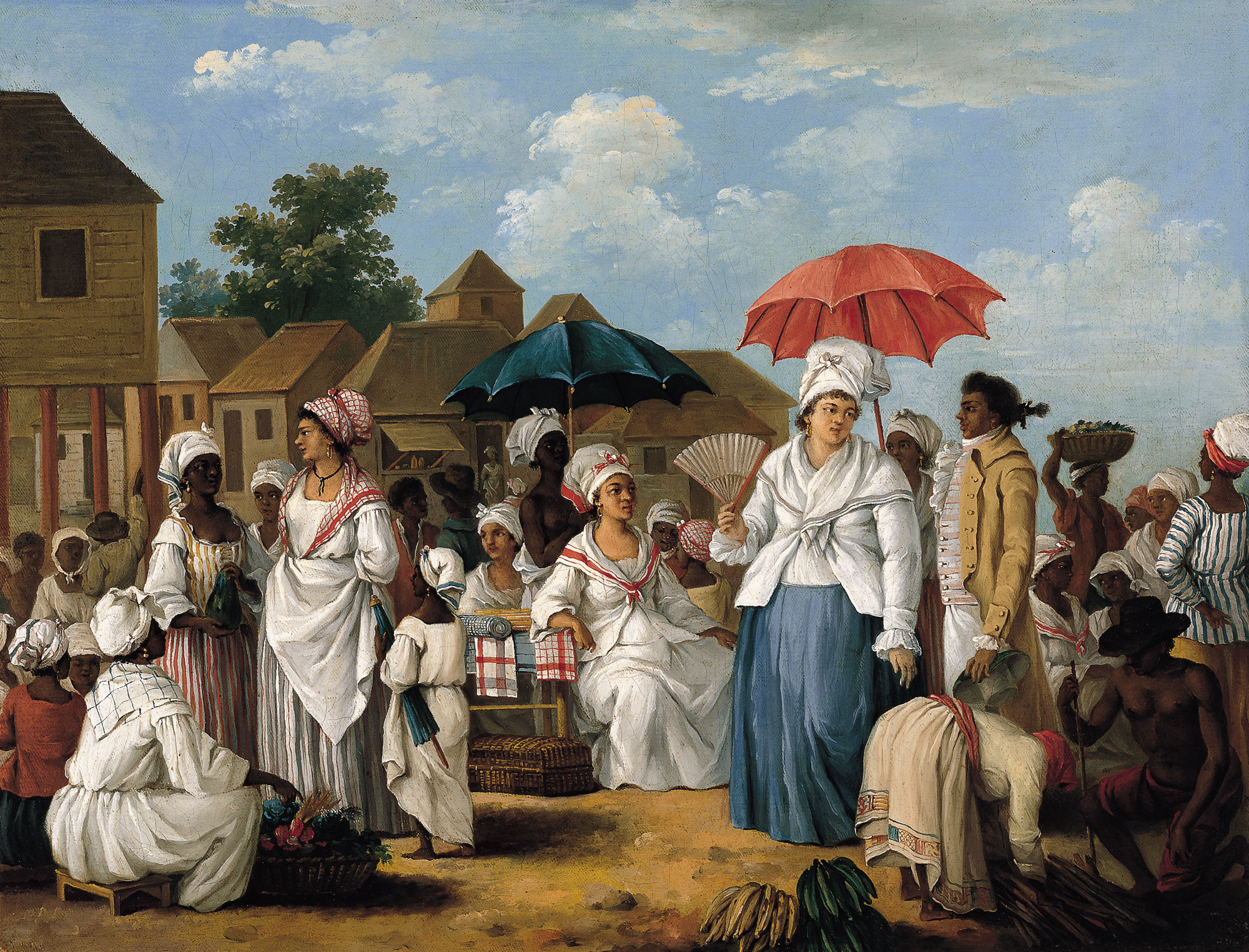 A relatively large and ambitious work by Brunias, this painting is an exceptionally fine example of his colourful images of Caribbean civilisation and culture. Island women of all stations of life, classes and races assemble in the busy marketplace to shop, ply their wares, and socialise. In this busy, mostly female realm of commerce, virtually the only man is the elegant black gentleman in handsome yellow coat who converses with the substantial lady with turbaned headdress, fan, and red sun umbrella at the right. In his descriptive and analytical fashion, the painter distributes his figures across his frieze-like composition in such a way to maximise the variety of their poses -sitting, standing, bending- and to give as full as possible an account of their body types, appearances and, above all, diverse costumes. Even their wares, for example, the various types of plaid and checked linen cloth on the table in the middle distance, the wicker baskets, bowls of fruit, and green and yellow bananas in the immediate foreground, are recorded with an eye to their characteristic details. In the tradition of the best ethnographic artists and spectatorial writers, Brunias seeks to give the viewer a specific sense of the culture and peoples observed with anecdote and minutia. Even the background architecture is deliberately reportorial, recording the dwellings’ various forms, some elevated on stilted pilings, others low with peaked roofs and large shutters opening vertically to shade the merchants’ goods from the fierce sun. Though inadvertently anticipating the charming naïveté of the 19th century’s Douanier Rousseau, Brunias’ paintings have a probity and devotion to fact that we still admire today.