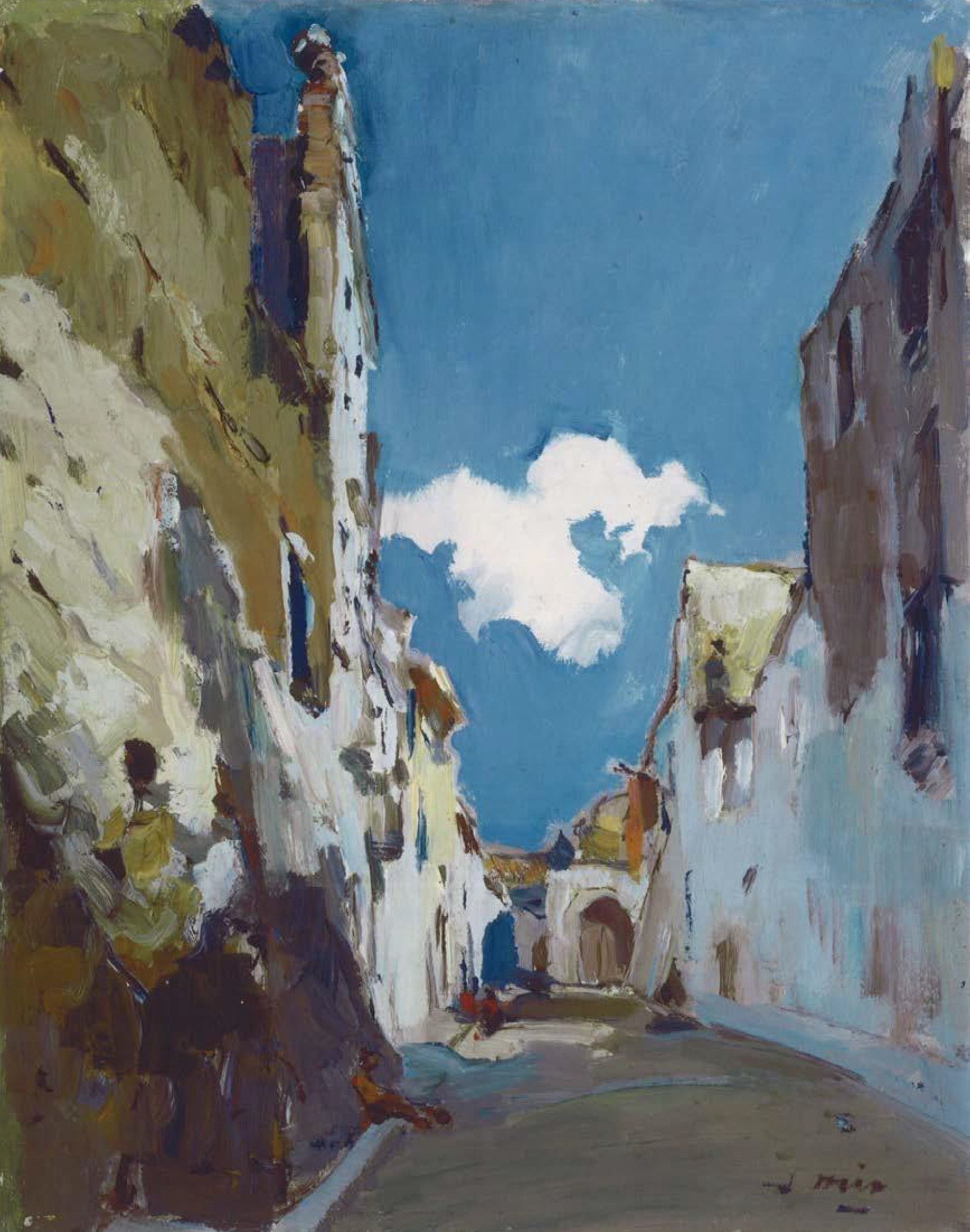 One subject which particularly appealed to Mir was the view of a village street with a doorway towards in the background. He painted it in 1910 in l’Aleixar in the painting Carrer del Forn, and later in Alforja, with Escala del Cor and La Font del Bolcadó, and in Vilanova i la Geltrú with Campamar de Vilanova of 1921, as well as other paintings set in unidentified villages (1).

This example is a mature work by the artist, painted after he had moved on from his remarkable and absolutely original discoveries in colour which he developed while living in Mallorca, and also after his period in Carnp de Tarragona when he recovered from a mental illness. The style of this work is fresh, with a very clear palette, the result of Mir’s great mastery of pictorial technique which he had built up over the years in addition to his grasp of more profound artistic values.

(1) Such as the Carrer del Corb, known from the photograph in Francesc Serra´s archive n. 6358-A.

(2) I would like to thank Rafael Pujol of the Gabinete de Presidencia de la Diputación de Barcelona for his active interest in locating the spot represented in Mir´s painting.