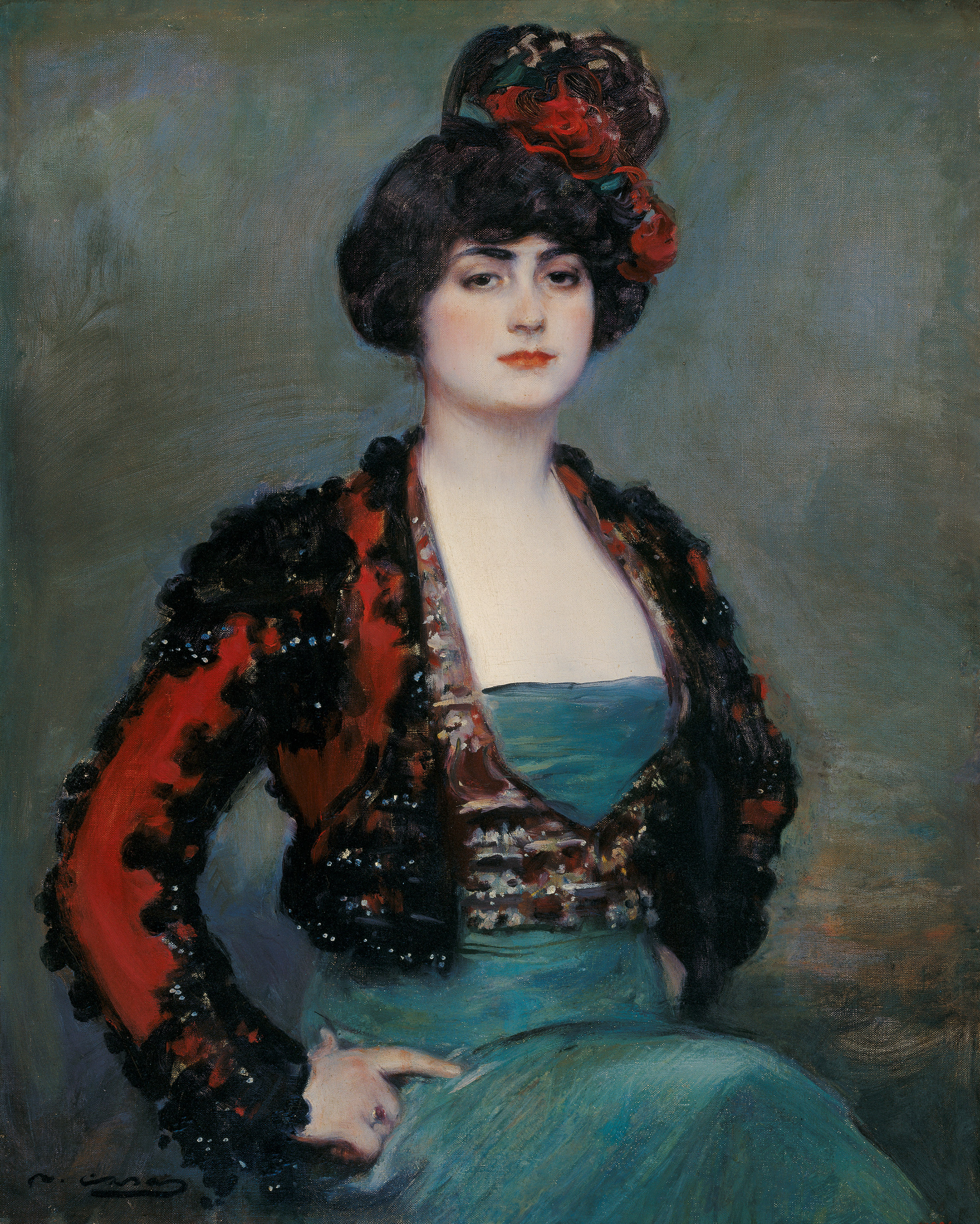 In Ramon Casas’s extensive pictorial production, female portraits are particularly common and represent the essence of his activity as a poster artist. In the painter’s hands, this kind of portrait took on an essentially sensual and decorative aspect, since the models were almost always depicted in vaguely suggestive and provocative poses.

One of his favourite models was Julia Peraire, a beautiful lottery ticket vendor in the Plaza de Cataluña. When Casas met her at a gathering at the Maison Dorée, he was dazzled by the freshness and beauty of her youth – she was twenty-five years younger than him. After living together for several years, they married on 29 September 1922. Julia died some years after Casas, on 17 January 1941.

Ramon Casas portrayed his lover in the most varied of poses and attires. The results were generally very attractive in spite of their conventional style, although with great intuition the artist made up for their apparent lack of expressiveness with that special sensitivity he always displayed in his use of colour and his ability to reflect unassumingly but clearly the slightest hint of a woman’s suggestiveness. This was the key to his outstanding success in this genre and a feature he repeated over and over again in the last years of his life.

In this portrait, Julia is seated, hands on hips, in a traditionally popular and almost defiant attitude, dressed in the most typical Spanish costume: a bright red matador jacket embroidered in black over a waistcoat with silver threads, in perfect harmony with the colour of the dress, the comb and the flowers in her hair. All of this was in accordance with the characteristic preference for the stereotyped espagnolade, produced by the French and Spanish artists living in Paris in the second half of the 19th century to please their foreign customers. Casas closely followed that trend, and even painted a self-portrait in 1883, in his early youth, wearing traditional Andalusian dress and drinking from a wineskin.

Curiously, in this painting there is a definite similarity between Casas’s art and that of some of his contemporaries: his rendering of the skirt by means of parallel brushstrokes recalls Toulouse-Lautrec’s technique and the colour range of the portrait evokes Picasso’s blue period. There is even a trace of Ignacio Zuloaga – in theory so distant from Casas’s artistic approach – particularly in the use of the reds and blacks that offset the pearly whiteness of the model’s complexion, with her soft delicate traits, the almost metallic coldness of the dress and the neutral background, achieved by rubbing the paint on the canvas. The artist added a clearly erotic message in the depiction of his model’s bare neck and generous décolletage, with her fixed, slightly haughty gaze directed at the onlooker and the red of her lipstick.

In all likelihood this painting is contemporary (as the features of the model reveal a very similar age) to another entitled Julia con mantilla (“Julia with a Mantilla”), signed by the artist in 1914.