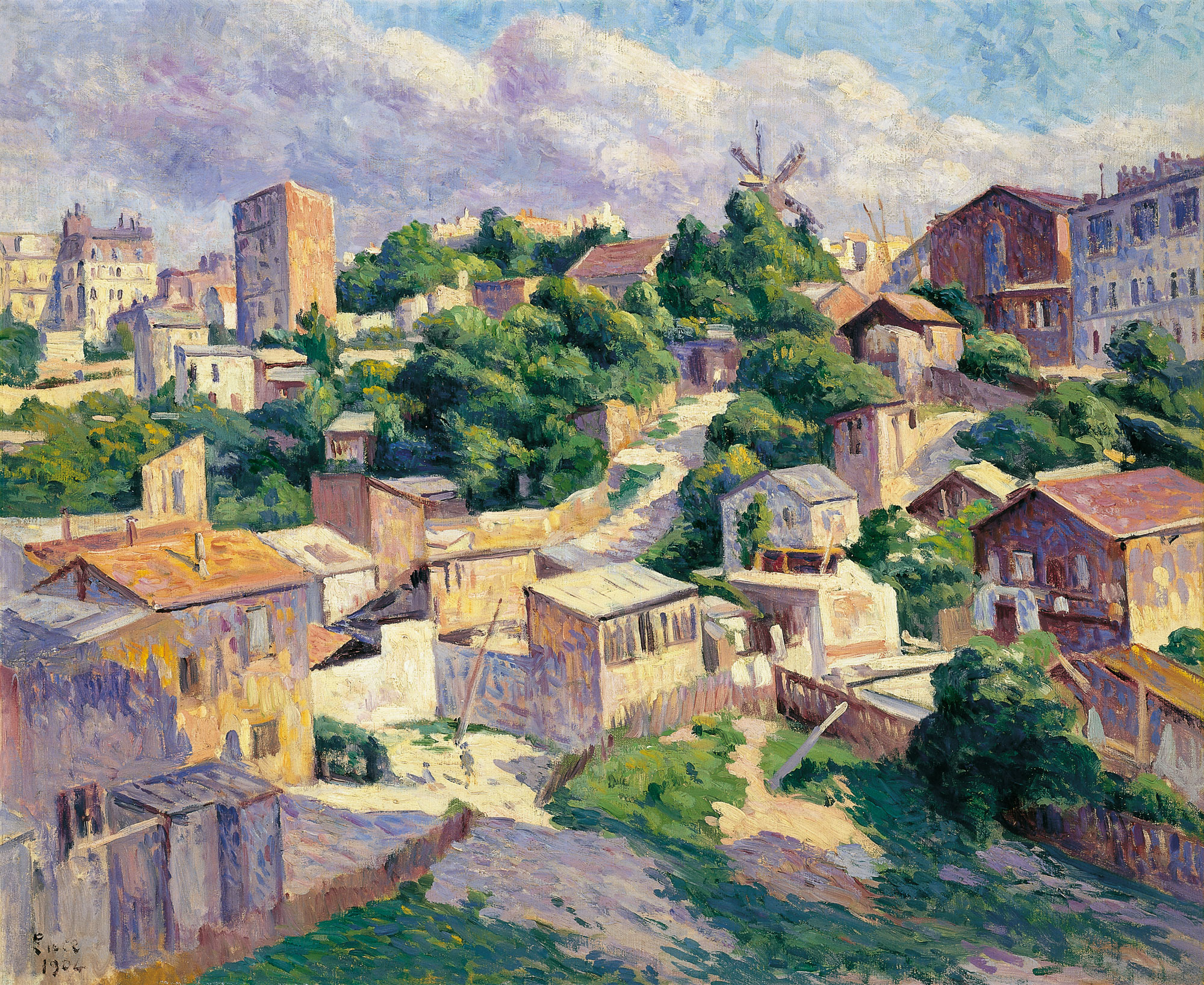 In the mythic “history” that has accumulated around Montmartre, the name of the artist Maximilien Luce hardly figures. His paintings do not appear in any of the histories of Montmartre: they did not depict any of the cabarets, dance-halls, or other centres of low life that have come to signify Montmartre. Rather they show a more prosaic view: they are really townscapes, historically valuable in establishing what le vieux Montmartre really looked like in the late 19th century and the first years of the 20th century.

Moreover, Luce was not an artiste maudit, indulging in drink and drugs and leading a promiscuous sex life. There are no scandals, no tales of personal outrage: his only extreme stance was that of an anarchist, contributing illustrations to anarchist periodicals in the 1880s and 1890s.

In 1887, he lived in the rue Cortot, in the same house that Renoir had inhabited in 1876 and that Suzanne Valadon would later occupy. And in 1888 he showed no less than four views of Montmartre in the jury-face Salon des Indépendants. He was then a recent convert to Pointillism, a friend of Seurat, Signac and Camille Pissarro (who actually acquired for his own collection one of these four Montmartre views).

Luce, however, did not produce a long and continuous series of paintings of Montmartre. Apart from a night scene of the rue Ravignan, dating from 1893, he did not return to Montmartre subjects until 1904. By then, his doctrinaire Pointillist approach has been considerably modified. This is apparent in the present painting which in fact depicts the notorious maquis in the slope of the Butte Montmartre. Already this area was threatened with destruction from the creation of new streets and their accompanying large apartment blocks. Luce’s 1904 view, without figures and with no other activity, corresponds remarkably closely to certain cartes postalesof the period. Indeed, it may be possible that Luce made use of such photographic sources, as Utrillo would frequently do.