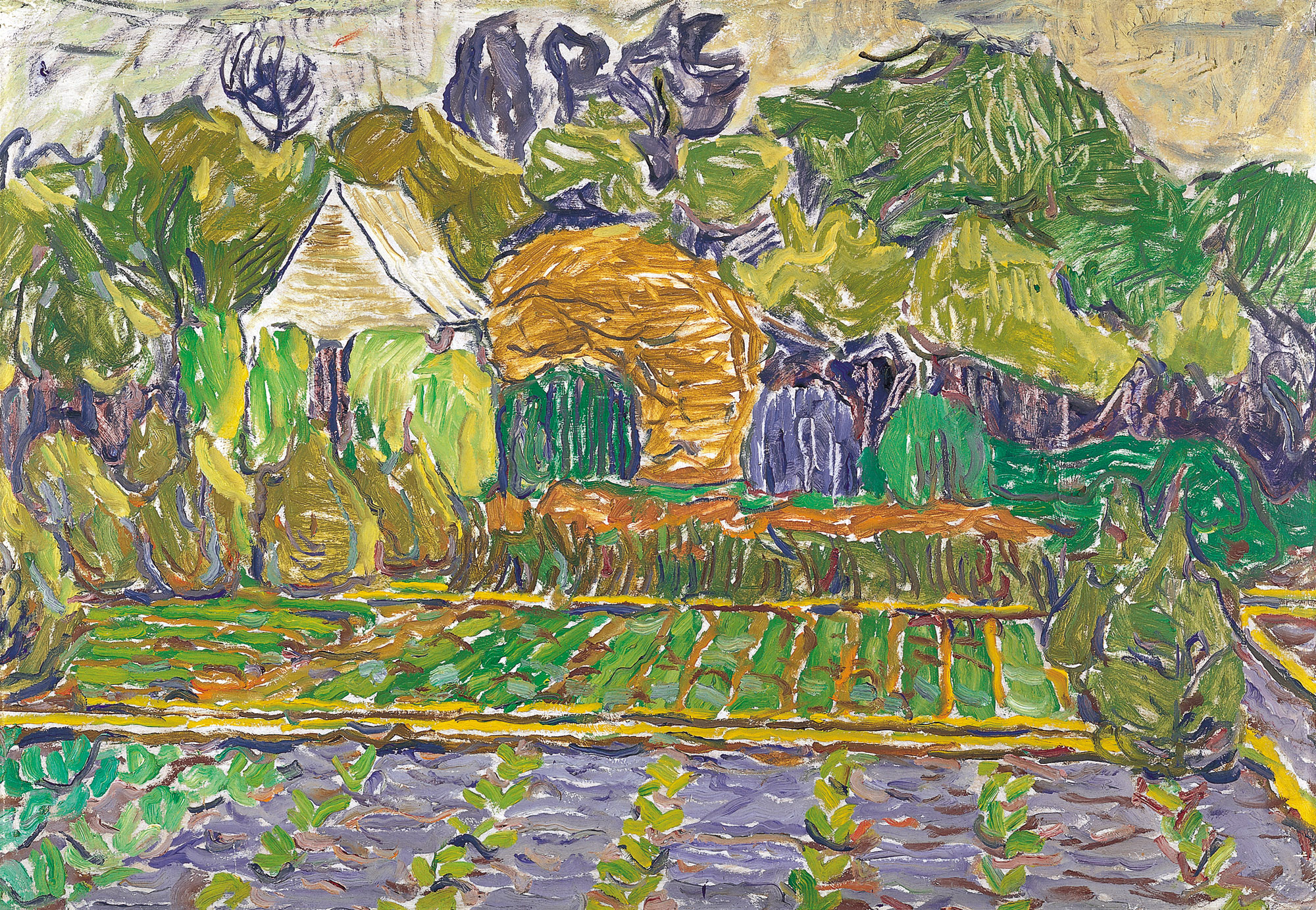 Rohlfs completed his studies at the Grossherzogliche Kunstakademie in Weimar in 1884, remaining there with interruptions until 1900. In 1901 Karl Ernst Osthaus, founder of the Folkwang Museum, persuaded the artist to take on a studio at Hagen in Westphalia-part of his campaign to make his collection there a focus for everything that was new in contemporary art. Significantly, Osthaus had been among the first museum directors in Germany to buy paintings and drawings by Van Gogh, examples of whose work he exhibited in Hagen during September-October 1905. 1905 also saw a major international exhibition of Van Gogh’s work which was shown in several German cities, among them Hamburg, Dresden and Berlin. This exhibition, organised by the Berlin dealer Paul Cassirer in collaboration with the artist’s sister-in-law Johanna van Gogh-Bonger, did much to establish Van Gogh’s international reputation, especially among younger artists of the German avant-garde. Rohlfs’s knowledge of Van Gogh at this time is evident from the heavily-impastoed, expressive brushstroke, and seemingly vertical piling-up of partly non-naturalistic colours, which are the characteristic features of Garden in Soest.

Rohlfs was never especially enamoured of Hagen, but on an excursion from there which he made in 1904, he discovered the picturesque old Westphalian town of Soest with its many churches and ancient streets with timber-framed buildings. Rohlfs was immediately impressed by Soest, which was to play an enormously important role in his life and art, and he returned to spend the summer of 1905 there. It was probably on this occasion that he painted the present canvas, which is thought to show a view from the window of his house, looking on to the garden. He visited Soest again in the summer of 1906, and in later years painted numerous pictures of the town and its principal buildings, many of them from memory. Among these is another work in the Thyssen-Bornemisza Collection, Street in Soest of 1907, which depicts a street of half-timbered houses, with the tower of St Peter’s church visible in the background.

At a superficial glance, Garden in Soest also appears to show a remarkable similarity in both style and composition to Ernst Ludwig Kirchner’s painting The Loam Pit, probably done the following year, which is also in the Carmen Thyssen-Bornemisza Collection. The similarity is, however, almost certainly coincidental. Rohlfs was considerably older than the artists of Brücke-in fact, much closer in age to Nolde (born 1867), whom he met in Soest in 1905, and whose manner of painting was also affected by Van Gogh’s art at this time. Affinities with the work of the younger Dresden artists, with whom Rohlfs had no direct contact, are to be explained rather in terms of the common influences to which German painters responded during the early years of the 20th century, above all Gauguin, Van Gogh, and the example of French neo- and post-Impressionist painting.