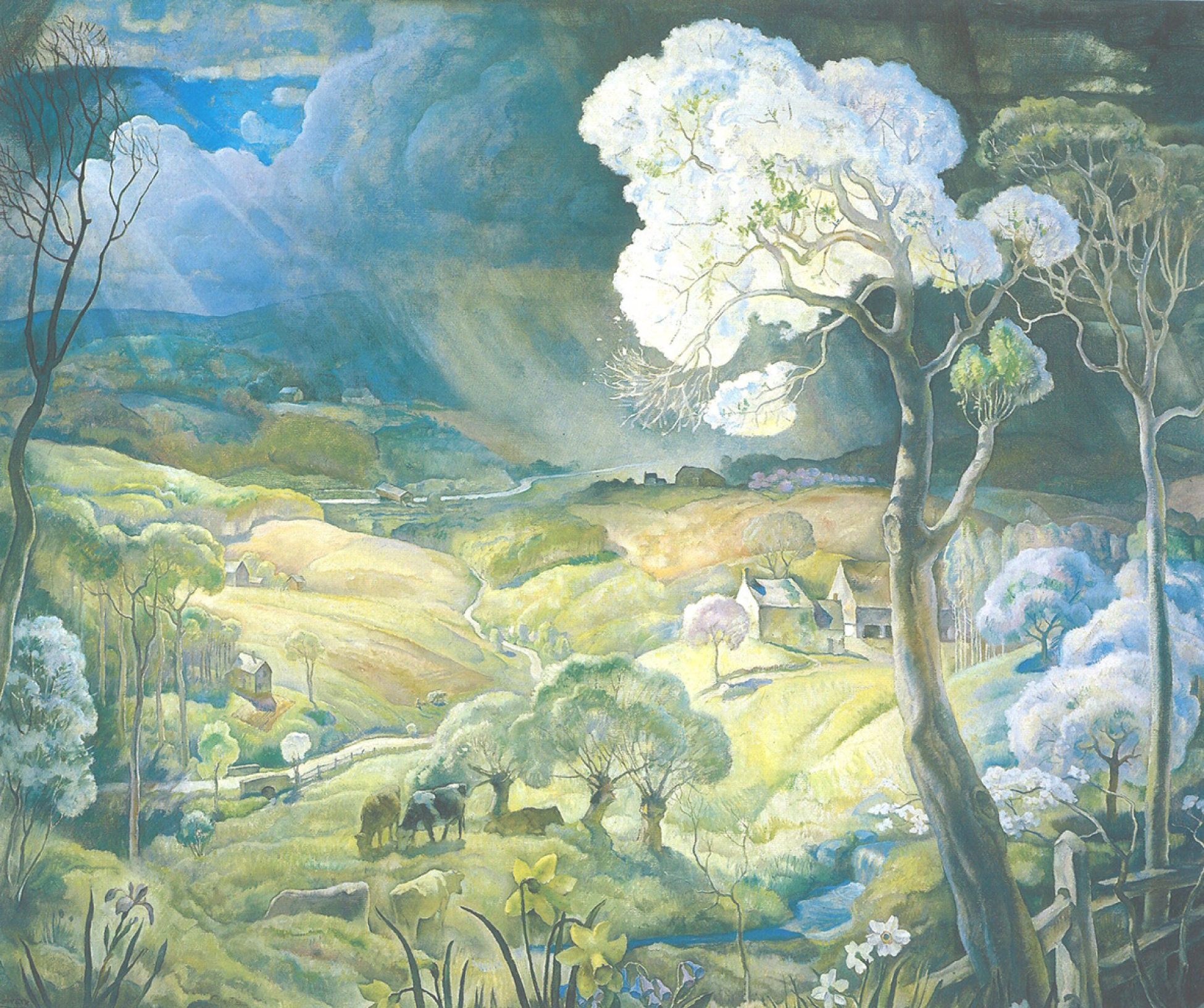 Although previously exhibited under the title Kuerner’s Farm, this painting could not possibly depict the farm when Karl Kuerner owned it. He had fought in the German army during the First World War, arrived in Chadds Ford immediately after the war and then took up farming. N.C. Wyeth’s son, Andrew, would later devote much time to painting Kuerner’s farm which he first knew as a boy during the 1920s. While this farm is probably in the same area, the build­ings depicted are not identical with those represented by Andrew Wyeth, nor are the pine trees he recalled and painted visible in this canvas (1).

N.C. Wyeth, more famous as an illustrator than as a painter, had, from the beginning of his career, expressed his desire to become a landscape painter. In this painting, he depicted a farm in early spring, as is clear from the daffodils and narcissuses blooming prominently in the fore­ground. The effect of the bright sunlight breaking through the clouds and illuminating this pastoral landscape is one of cheerfulness and calm. The trees are just opening their new green leaves and we see nature’s new beginning. This optimistic vision painted in a soft, pastel palette is quite different from the darker, more somber mood and tonality of his son Andrew’s later paintings.

From the time he moved there in the spring of 1908, N.C.Wyeth adored the Brandywine River valley in rural Pennsylvania with its rolling hills and gentle streams. He explained this enthusiasm: “I am finding deeper pleasure, deeper meanings in the simple things in the country life here. Being older and more mature, I am realizing that one must go beneath the surface to paint and so it is that my real loves, my real affections are reviving” (2).