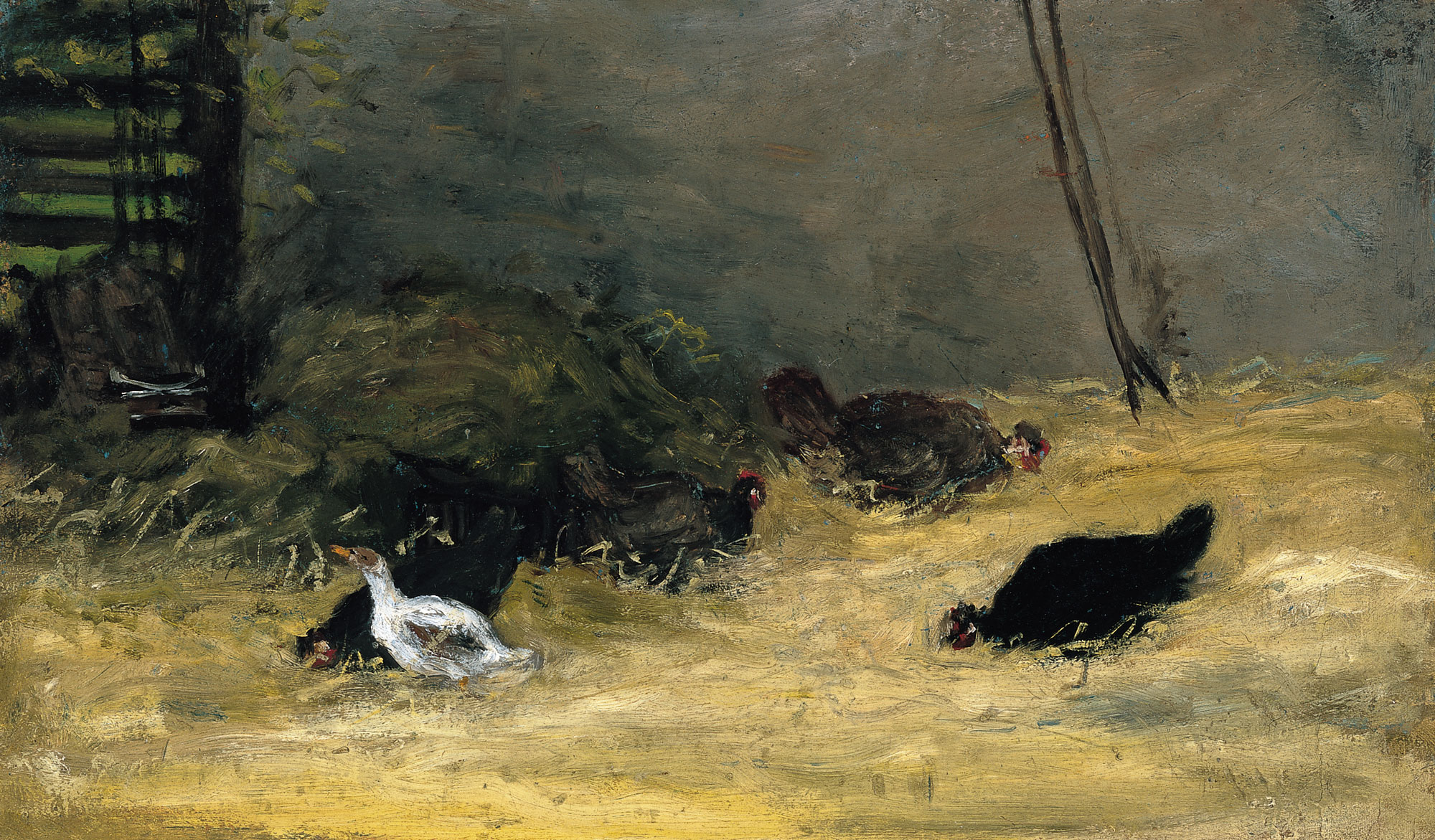 Through Pissarro, Gauguin was invited to participate in the Fourth Impressionist Exhibition, exhibiting a marble bust, although this work did not appear in the catalogue. In the following year, however, the artist entered the Impressionist circle through his participation in the group’s Fifth exhibition, with eight of his paintings included. From this point onwards, Gauguin began to paint seriously rather than as a hobby.

The present study, executed at this time, has a surprising spontaneity and freshness that reflects his training. The scene in the hen house-black hens and a duck against a background of hay-suggests his master Pissarro’s interest in country scenes. It also has more distant echoes, for example, of Greuze’s famous painting The Village Bride of 1761, so highly praised by Diderot, in which the hen and her chicks are presented in the foreground as an allegory of the family. Hens reappear as a symbol of primitive life in later paintings by Gauguin executed in Martinique and Tahiti, in which man lives in the company of his animals.

Apart from the symbolic undertones in the choice of subject, the work itself is a brilliant exercise of pure painting, owing more to the influence of Manet in this regard. This influence is evident in the sober chromatic range and particularly in the strong contrast between the black of the birds and the ochre straw, reflecting Manet’s example in the use of black as a colour. Gauguin is also a match for Manet in the fluid brushstrokes with which he realises the plumage and the hay stalks.