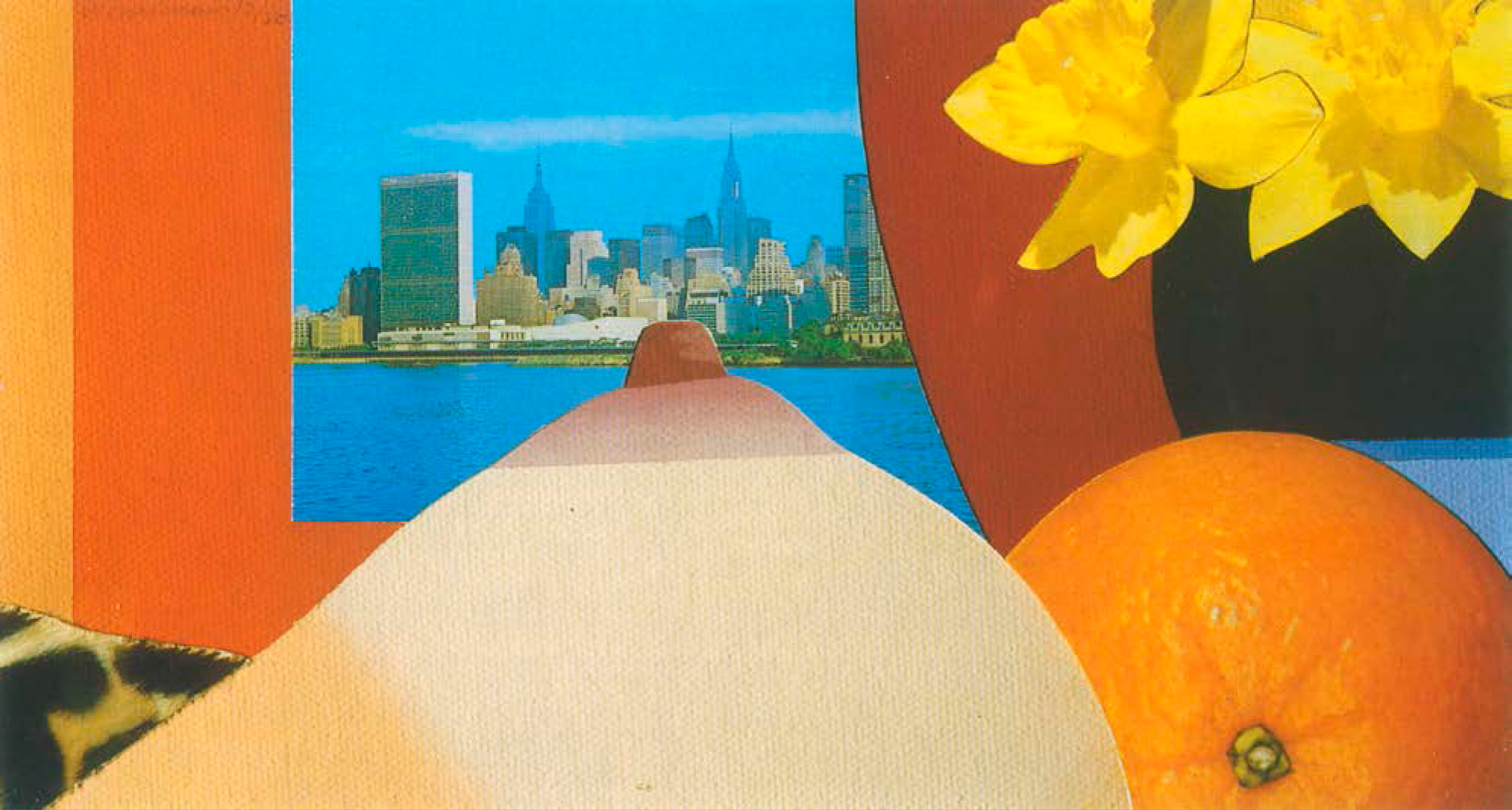 Collage and pencil on panel

Bedroom Collage is one of an edition of twenty. Wesselmann’s first collage edition was produced in 1970 by his wife Claire based on the artist’s prototype. Bedroom Collage is closely related in its theme and composition to the much larger oil on canvas of 1968, Bedroom Painting No. 6. Instead of the drawn Venetian blinds of the painting, the collage uses a postcard view of the New York skyline as seen through the window, defined by a bold orange band on two sides. The scale is that which would be seen by an observer in close proximity to the woman’s breast which looms large in front of the cityscape. Rather than the roses of the painting, the collage features spring daffodils whose elongated trumpets perhaps call attention to the projecting nipple.

Wesselmann alludes to sensuality by including a bit of actual leopard fur in the lower left of the collage next to the breast. In the painting, he duplicated this leopard pattern in paint adjacent to the breast. And once agaín, as in Nude No. I, he plays on the association of fruit to fecundity and to the female body by juxtaposing a shiny bright orange.

Wesselmann returns here to collage which he began in the early 1960s. He commented: “One thing I like about collage is that you can use anything, which gives you that kind of variety; it sets up reverberations in a picture from one kind of reality to another. I don’t attach any kind of value to brushstrokes, I just use them as another thing from the world of existence”. (1)