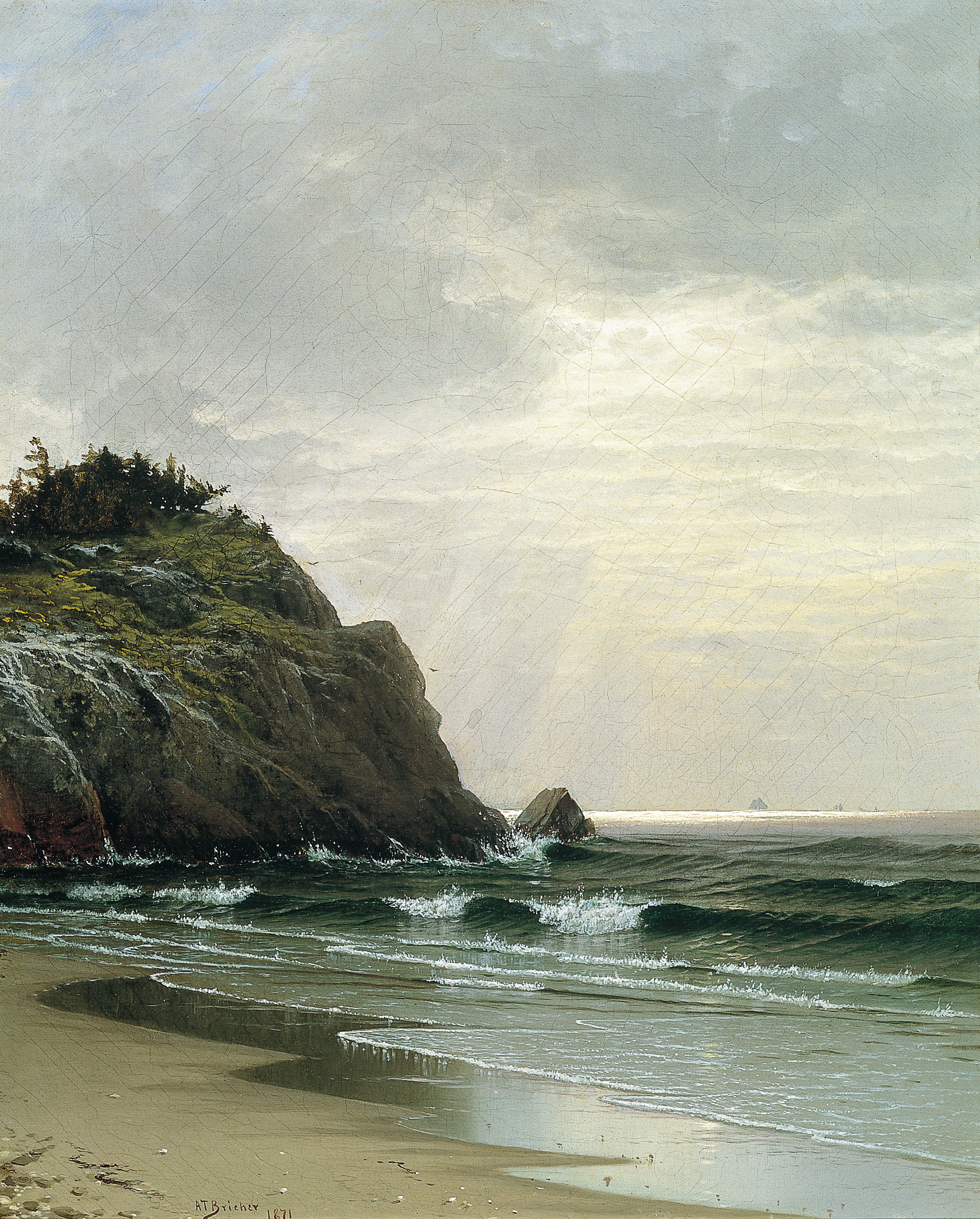 The vertical format of Cloudy Day is unusual and only seven variations of the composition are known. The painting, Jeffrey R. Brown has written, “radiates pure naturalism”, while John Wilmerding has felt that “this work was seldom surpassed in his career.” A haunting tranquillity permeates Bricher’s canvas. Rays of light break through an overcast sky and illuminate the resplendent horizon, while breaking waves upon the beach form pristine patterns as the water slowly retreats to the sea.

The emptiness and stillness shown in Cloudy Day contrasts with Bricher’s sketches made during the summer of the same year. Bricher often portrayed the human figure in his drawings which depict women shading themselves under parasols or children playing along the shore. Although the bathers are anonymously portrayed, Bricher’s rapport with their activity is self-evident. Yet, in his paintings he often distills the warmth of human diversions found in his sketches and concentrates on the more formal arrangement of land and sea in depicting the coastal landscape. As Brown has observed, in Bricher’s work, “one senses his isolation. Ruler-straight horizons etch the boundary of these daily experiences while the rigidity of his underlying geometric structure accentuates the clarity of his vision.”

Although it has been suggested that Bricher’s painting portrays Great Head, Mount Desert, Maine, there is reason to question this identification. The painting does not closely resemble Bricher’s Great Head, Mt. Desert, n. d., private collection, which is titled in pencil on the stretcher; nor does it relate to a contemporary photograph of the landmark which shows a rocky promontory barren of trees. It is likely the painting portrays either the Maine coast of the north shore of Boston.

Looking out to Sea