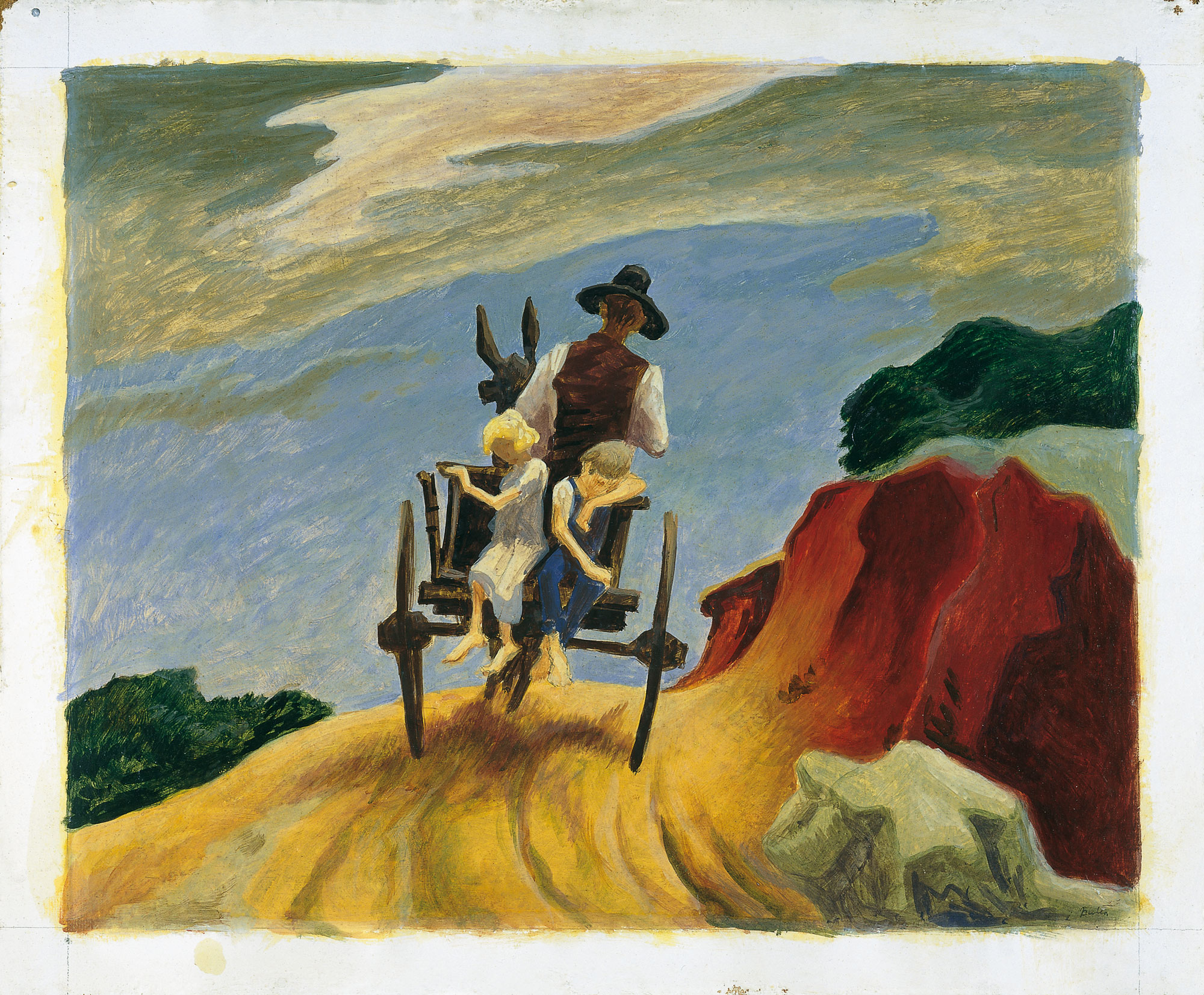 At the end of his long career, Thomas Hart Benton, referring to his opinion and that of his wife, Rita, characterised his painting of 1934, Going Home, as “one of our favourites.” Because he wanted this work included in the major monograph on his art then underway, Benton went to the trouble to locate the purchaser of this work from a recent sale at an auction house. His letter to the collector in question prompted him to reminisce about the picture: “In 1928 I was driving through the back country of North Carolina’s Smokey Mountains with a student friend when we came up to the cart with two kids in the back. As it was impossible to pass them on the narrow road we slowed down and followed. While we were following I made a pencil drawing. Your picture and later a lithograph was made from that drawing.” The lithograph to which Benton referred is Goin’ Home of 1937.

Benton also referred to this same trip in both of his two autobiographies and identified his student friend as Bill Hayden, with whom he made several trips: “We started out from New York in a station wagon, equipped for camping, and toured the southern mountains, the cotton and rice and sugar country of the Deep South, and the western cattle country and the Rockies. A mass of drawings came of this expedition […]”

During the early 1930s, Benton engaged in verbal battles with both the Social Realists and the modernists. For him, New York City became a less and less hospitable place to live and he eventually became vocally anti-urban: “The great cities are outworn. Humane living is no longer possible within them.” For Benton, his travels to regional America were inspirational, suggesting works like Going Home.

Benton had included rural carts in earlier paintings such as Cotton Pickers, Georgia(1928-1929), Romance (1931-1932), Morning and a Sack of Meal (c. 1933), and he had placed a cart in the centre of his painting, Lonesome Road (1927). In an age of increasing urbanism and tremendous growth in numbers of automobiles and highways, Benton’s fascination with this antiquated mode of transport can be seen as an aspect of his romanticism.